The Consulate General of Saint Lucia in New York and the Permanent Mission of Saint Lucia to the United Nations will hold a memorial in honor of world-renowned Saint Lucian poet, playwright, and 1992 Nobel Laureate in Literature Sir Derek Alton Walcott on Saturday, April 8, 2017, at 3:00 PM.  This tribute to one of Saint Lucia’s great national treasures will take place at St. Gabriel’s Episcopal Church, 331 Hawthorne Street in Brooklyn, New York. It is open to the public.

Titled “A Celebration of Sir Derek Walcott,” the memorial will feature tributes from his close friends and associates, as well as readings of his works. Sir Derek will also be commemorated with performances of music, poetry, and dance, as homage to his Saint Lucian heritage.

In attendance will be members of the Saint Lucian community, the diplomatic corps, elected officials, members of the clergy, and representatives of the literary arts community.

All are welcomed and encouraged to come honor this illustrious son of Saint Lucia.

For more information regarding “A Celebration of Sir Derek Walcott,” please contact the consulate via e-mail, at sluconsulateny@govt.lc or at 212.697.9360, ext. 203. 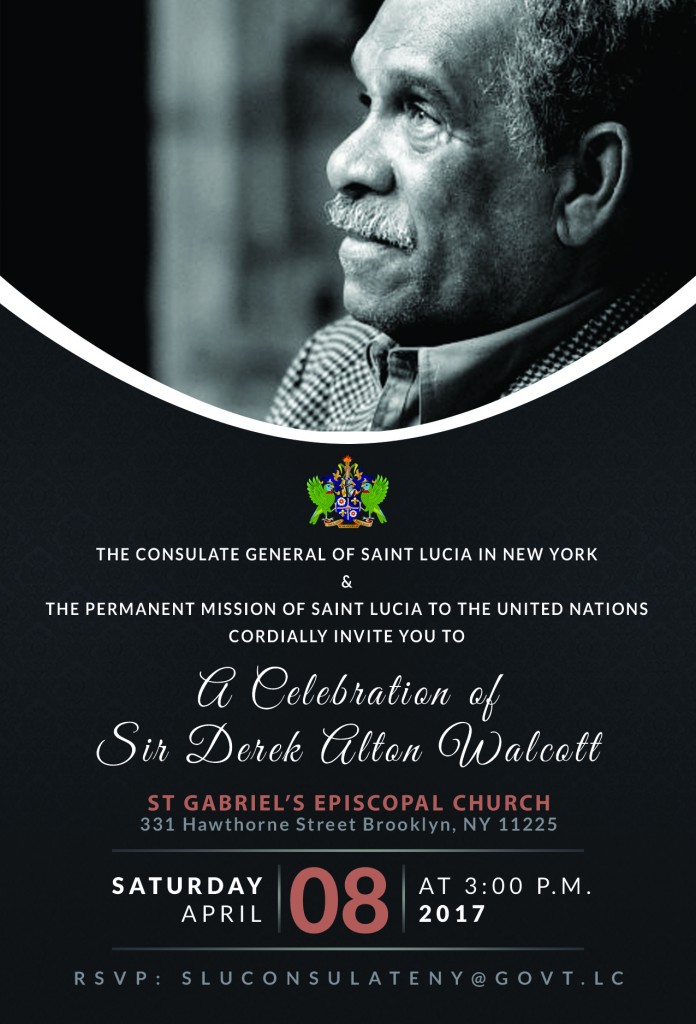