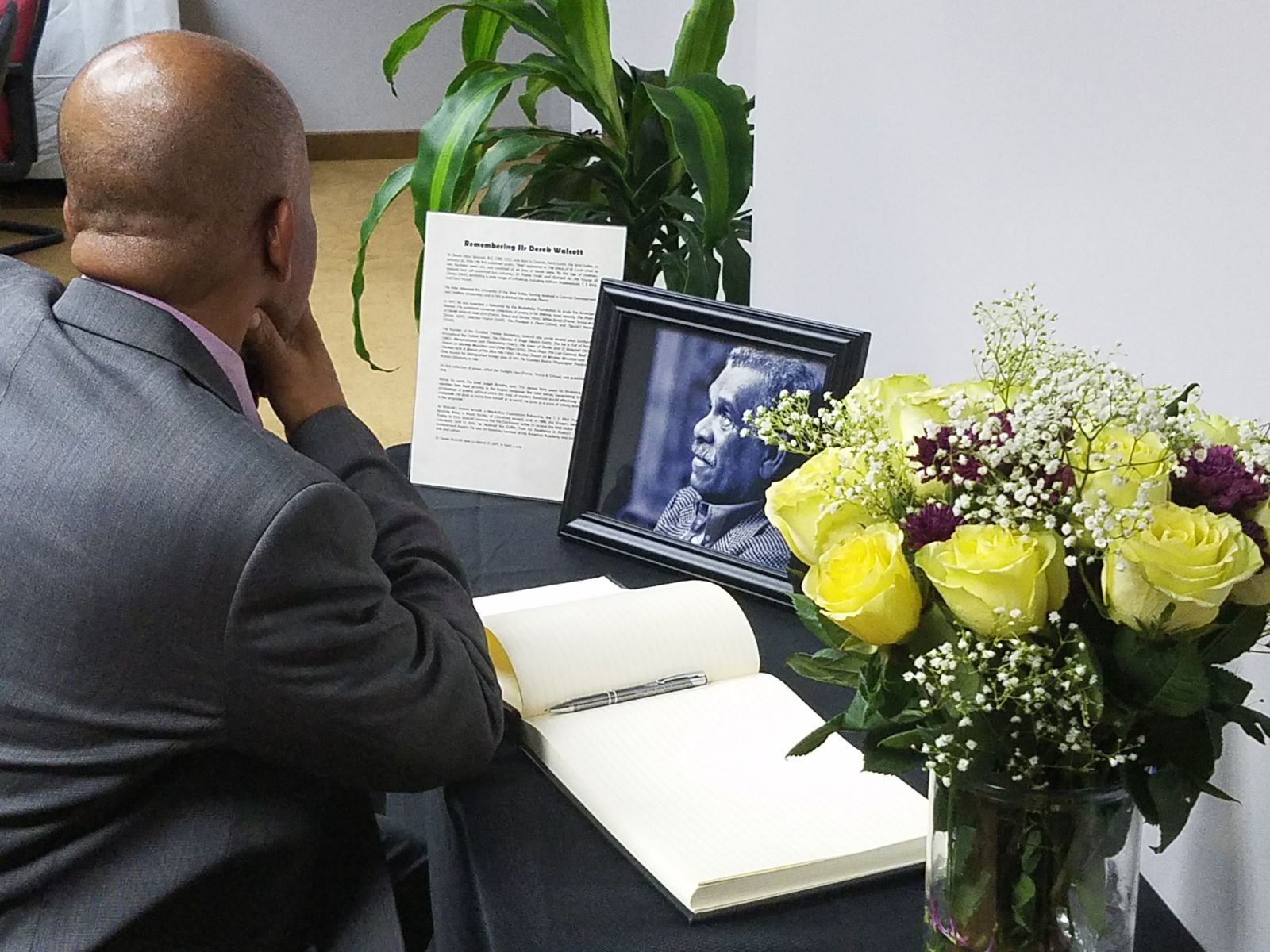 On Monday, March 20, 2017, a book of condolence was opened to the public at the offices of the Consulate General of Saint Lucia and the Permanent Mission of Saint Lucia to the United Nations in New York, for those wishing to share their thoughts and remembrances about world-renowned Saint Lucian poet, playwright, and 1992 Nobel Laureate in Literature, Sir Derek Alton Walcott, SLC, OBE, OCC. He died at his home in Cap Estate, Saint Lucia, on Friday, 17, 2017, at the age of 87.

Upon adding his name to the book, Saint Lucia’s Permanent Representative to the United Nations, His Excellency Cosmos Richardson, described Sir Derek Walcott as a “literary giant and Saint Lucian cultural icon.”

“As we mourn the loss of one of the world’s greatest poets—a playwright, a professor and recipient of the 1992 Nobel Prize in Literature—Sir Derek Walcott’s legacy as a forceful figure in world literature will live on for many generations to come,” His Excellency commented. “His impact on the literary world is truly immeasurable. He was nothing short of an inspirational gem to Saint Lucia and indeed, the world.”

“On behalf of the Consulate General of Saint Lucia in New York and the Permanent Mission of Saint Lucia to the United Nations, I want to offer my heartfelt condolences and sympathy to the family and friends of Sir Derek Walcott,” he continued. “I cannot adequately express our profound sorrow at the loss of one of the world greatest poets and Saint Lucia’s second Nobel Laureate. Sir Walcott’s loss will be deeply felt beyond the arts world.”

The book of condolence for Sir Derek Walcott will remain open to members of the public from Tuesday, March 21, through Friday, March 24, 2017, from 10:00 AM to 4:00 PM. The Consulate General of Saint Lucia and Permanent Mission of Saint Lucia to the United Nations is located at 800 Second Avenue, 5th floor, in New York City.

Saint Lucian nationals, friends of Saint Lucia, members of the literary arts community, and other well-wishers are encouraged to come pay homage to this great man.